Over the years, the Math Corps has posted dramatic results.

Summer test scores typically increase, in six weeks, from pre-test averages of 30% to post-test averages of 90%.  On program evaluations, typically about 98% of students grade the program with A’s or B’s (85% A’s). Parent grades are even higher.  For students who have participated in the Math Corps for at least three summers, the average ACT math score is over 20, significantly higher than Detroit’s average and on par with state and national results.  Best estimates place the high school graduation rate for Math Corps students at over 95%, with about 90% of those students going on to college. 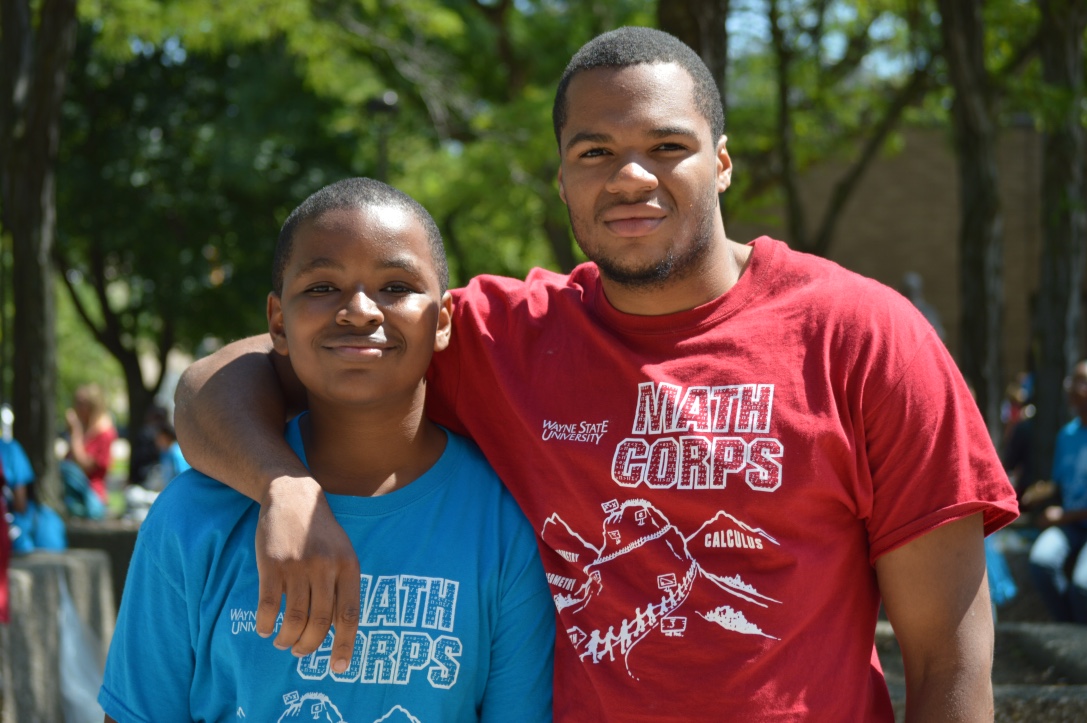 The Math Corps has gained national attention and widespread acclaim, recently receiving the NY Life Foundation’s 2016 Excellence in Summer Learning Award, as one of the leading programs in the country.  It has been the subject of an award-winning documentary on PBS, It All Adds Up, and has been recognized by both President Bill Clinton and President Obama’s Advisory Commission on Educational Excellence. Awarded a $3 million NSF grant to foster programs in Cleveland, Philadelphia, and Utica, NY, the Math Corps is poised for a major expansion and ready to reach thousands of children nationwide.

“I would encourage a friend of mine to join Math Corps because it is fun and educational. We learn something new each day and also have fun all at the same time… you get an experience that can’t be found anywhere else.”

“When I first entered this program, I thought it would be just another program to keep kids busy during the summer but it’s more than that, they’re a family.  This program is not like any other program… they play together, confide in one another, and form friendships with people that are unbreakable…I will always remember my time here at Math Corps…”

“Math Corps has been an exceptional program. The program not only strengthens and enhances mathematical skills, but strongly enforces positive interpersonal skills. I love the program and recommend it highly to others.”